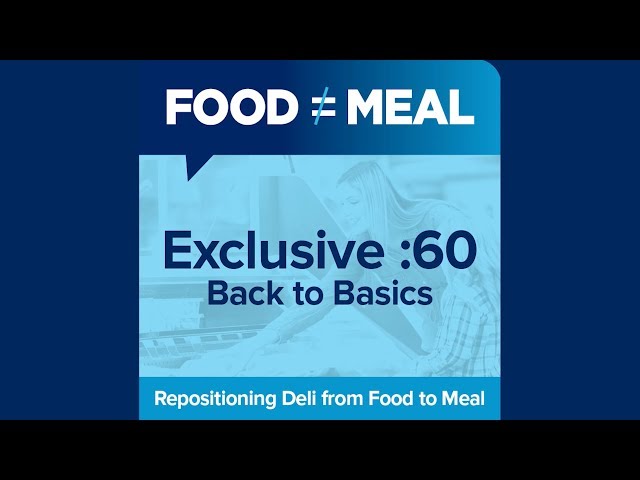 Over the past several months, Tyson Foods has been conducting the Unconventional Shopper Connections (USC) experiment to explore the role of prepared foods departments by helping ten diverse shoppers from across the country find balance in meal planning, shopping and family time around the table.

While we'll continue to reveal the rest of its remarkable findings in future briefings, we thought it was important to take a moment in this month's Exclusive :60 to pause and consider three basic concepts that have emerged over the course of numerous Tyson Foods studies1, 2, 3, 4, 5, 6 involving shoppers, industry partnerships and retail partners:

By identifying these assertions, Tyson Foods research has additionally found that the old deli model does not differentiate between what is FOOD and what is a MEAL. Furthermore, this lack of focus in the mission of the department itself is likely widening the divide that separates shoppers from their primary desire to serve a satisfying meal to their families.

The good news is there is a path to changing the conversation with shoppers. When we educate and inspire them on how to use deli products to make meals that satisfy, they are more likely to report feeling proud to serve meals featuring prepared foods to their friends and families. In this month’s Exclusive :60, we see that’s what shoppers really care about, and we learn how to better serve their needs.